The world is on its last nerve. In one small room, one anger management counselor hopes to make a difference. Rampant road rage, heated political rallies, protests in the street –Snap! is a hilarious look at a world on the brink of a global temper tantrum. 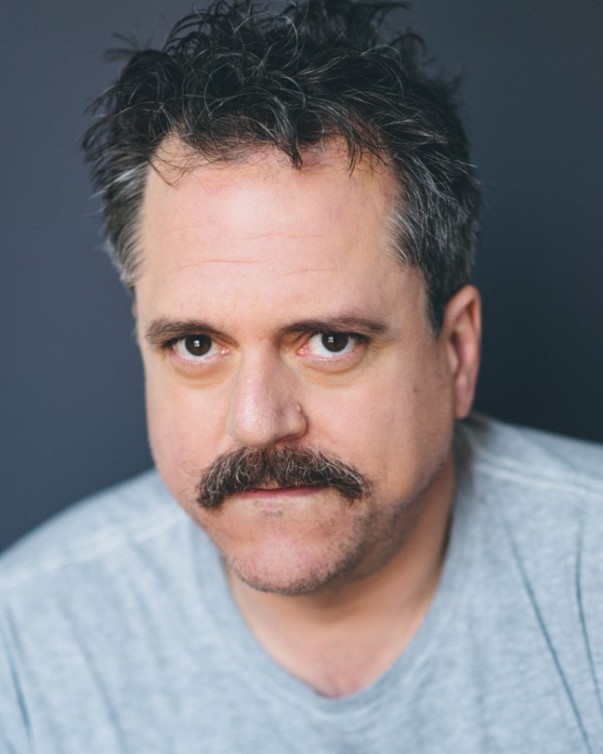 Allan Michael Brunet is a multifaceted artist working in all forms of the performing arts. As well as being a versatile character actor, Allan Michael is also a respected lighting designer, puppeteer, translator, theatre director and improviser. Over the course of his twenty-five-year career he has contributed to the creation of over a hundred theatrical productions as well as over two dozen short and feature length films and several television and web series. His translations have been performed all over the world and he has toured extensively on the international stage as both performer and designer. Key roles over the years: King Richard (Richard III, a Company of Fools), The Marquis de Sade (Marat/Sade, Soupcan Theatre), Tom O’Folliard (The Collected Works of Billy the Kid, The Great Canadian Theatre Co.) Mr. Brunet received a best actor award at the 2010 ASM 48-hour Film Festival and his performance in the one-man show Serengeti was awarded the People’s Choice Award at last year’s InspiraTO Festival. Allan Michael recently performed the lead role in two short films (Bully, The Craftsman) and one feature (A Girl and a Gun) that should be hitting film festivals soon.

Anastasia has performed for various theatre companies across Ontario, such as the Canadian Stage Company, National Arts Centre, Huron Country Playhouse, Sunshine Festival Theatre Company, Skippy’s Rangers and was in the first ever Toronto Fringe Festival many moons ago in “The Laundry”, the only two hour production in that inaugural year. On television she has performed in “Reign” and “Hemlock Grove”. Anastasia is thrilled to be back at the Fringe with the wonderful cast of “Snap!”

Playing the role of Wanda is going to be so much fun! Most recently, Jillian was honored to play Caroline in Dandelions in the Wind at the Daniels Spectrum, Toronto. Some more of Jillian’s theatrical roles include understudying Grandma in Toronto’s Mirvish Production & the US International Tour of Billy Elliot the Musical; and co-writing and performing in Hey! Good Lookin’ (Co-Written with Jorie Morrow). Other favorite live performances: Shirley Valentine; Alice in Sexy Laundry; Theatre Beyond Words’ international tours of Potato People and The Boy Who Could Sing Pictures; and as Magenta in Toronto’s first professional production of Rocky Horror Show. TV credits include: Save Me, The Listener and Remedy; Film credits include: Beeba Boys, Harlan County War; Cruel Intentions II; Blues Brothers 2000. Jillian is a member of the musical trio, Daughters of the Rock, honoring her Newfoundland roots; and the proud grandmother of Michael and Isabella.

Jillian is also proud to be the 2017 recipient of the Cayle Chernin Award – Media Development for her film project “Living Memory”.

Katerina is a Second City actor who was the original, ultimate Italian princess “TINA” in the smash comedy hit “Tony N Tina’s Wedding.” She then served as the Queen of the Nile being cast as “CLEOPATRA” in the Discovery Channel’s “Cleopatra’s Palace and the Real Cleopatra,” which was showcased globally in over 130 countries. TV credits include roles on hit television shows such as “Darcy’s Wildlife”, “This Is Wonderland”, “Fringe” “Warehouse 13”, “Rogue” and “Odd Squad”. She has given her time for a several touching and important PSA for the Princess Margaret Hospital, Partners Mental Health, Salvation Army, Ovarian Cancer Society and most recently the powerful Sick Kids campaign.
Katerina just finished shooting the short thriller, “Narcissistic”. Upcoming projects include the short film “Viaticum” with Peter Outerbridge written and directed by Lara Daans and the short drama film “Women of Alpine Road” with Mad Resilience Films, written and directed by Mark Datuin.